The opera of the future? via MIT MediaLab

High above midtown floats the Consulate General of Monaco. It is an exalted realm, this consulate, with an iPad in every lap and a lobster-and-avocado hors d’oeuvre in every mouth.

Yesterday, the consul, a slim, elegant woman named Maguy Maccario-Doyle, hosted a lunch for a few writers with the composer Tod Machover, whose new science fiction opera will premiere at Monaco’s ornate opera house on Sept. 24.

That the opera, Death and the Powers, was created at all is largely due to Monaco. A few years ago, a woman appeared at Machover’s office at M.I.T., where he is a professor as well as director of the “Opera of the Future” group at the school’s Media Lab. It turned out that the woman was a board member of Opéra Monte-Carlo, and she’d heard Machover’s name as she asked around New York for composers who were, well, on the unusual side. (Machover is known for acoustic/electric hybrid “hyperinstruments” and for operas that can involve audience interaction and experiments with artificial intelligence.)

The woman wanted Machover to write an opera that would recapture the innovative spirit of the early 20th century, when Monaco was the creative home of artists like Serge Diaghilev. The 600-seat Monte Carlo opera house had been restored in 2005, and it was discovered that an entire wall of the theater could open and reveal a dramatic view down the cliffs to the sea. She vividly described to Machover a final scene in which the theater wall would open and the audience would watch the action going on way down below. She was, Machover said, “even crazier than I am.”

(The MIT page for the opera thanks the Monaco-based Futurum Association for funding.)

The opera that resulted isn’t exactly about robots, even though the lunch invitation promised to include “an esteemed member of his robot chorus” who never showed. Rather, it’s about, Machover explained over crab and veal and Pouilly-Fuissé, legacies. The libretto, by former U.S. poet laureate Robert Pinsky, revolves around a successful, conniving businessman named Simon Power, whom Machover described as “Bill Gates meets Howard Hughes.” Nearing the end of his life, Power wants, somehow, to continue. He decides to “download” himself into his surroundings, creating an environment alive with his presence. His family and friends must then wrestle with what, exactly, is left of Power, and whether they’ll choose to join him.

In a traditional production, this could all be a bit new-age-y and melodramatic, or else overly academic, but Machover’s music strenuously avoids treacle, his emphasis on relationships keeps things from getting too dry, and the technology developed at M.I.T. for the production makes Power’s “downloading” visually compelling, at least in the early production photos we were shown. There will be very cool, very fast, very real robots, who really sing—a purified, simpler version of the human voice—and animatronic furniture (scary and distinctly un-Disneylike), and a massive chandelier with strings that are somehow played with electromagnets. There will be an unbroken band of speakers stretching low across the stage, which Machover believes will allow for unprecedented simulations of moving sound.

The conceit is that the opera is taking place in the distant future, in a world inhabited solely by these robots, which look vaguely like streetlamps. Power’s story, we learn, is a text that the robots have discovered and that is ritually performed, like a mystery play; it’s how they educate themselves about human beings, and about death. When Machover, a 56-year-old whose hair poofs out in an Einsteinian halo, talks about all this stuff, it’s unexpectedly convincing. And his cast and production team are exciting. The director is Diane Paulus, who directed Hair on Broadway and, last season, Gotham Chamber Opera’s Il mondo della luna at the Hayden Planetarium. The choreographer is Karol Armitage; the cast includes the renowned baritone James Maddalena—who makes his belated Met debut next season in the title role of Nixon in China—as Power and soprano Joélle Harvey, an excellent Zerlina in Don Giovanni at City Opera last season, as his daughter.

After Monte Carlo, the opera goes on to Boston and Chicago, but it’s still looking for a New York home. People threw out potential venues while eating dessert (an intricate passion-fruit number). That fun slowly subsided as the petits fours were served, and, finally, all that we were left with was a goodie bag emblazoned with the Monte Carlo opera house in radiant early evening, full of press clippings and, deep within, a compact disc tribute to Princess Grace, eminently downloadable.

Concept rendering of the set for Death and the Powers

Death and the Powers: A Robot Pageant is a new opera by composer Tod Machover currently under development at the MIT Media Lab, in collaboration with the American Repertory Theater. It is a one-act, full evening work that tells the story of Simon Powers, a successful and powerful businessman and inventor, who wants to go beyond the bounds of humanity. Reaching the end of his life, Powers faces the question of his legacy: “When I die, what remains? What will I leave behind? What can I control? What can I perpetuate?” He is now conducting the last experiment of his life, passing from one form of existence to another in an effort to project himself into the future. Whether or not he is actually alive is a question. Simon Powers is himself now a System. His family, friends and associates must decide what this means, how it affects them, and whether to follow.

New performance technologies for Death and the Powers are being developed at the MIT Media Lab, including a new technique of Disembodied Performance to translate Simon’s offstage performance into an expressively animated stage. Other novel “instruments” include a Musical Chandelier and a chorus of robots.

Generous support for Death and the Powers has been provided by the Monaco-based Futurum Association.

For further information about Death and the Powers, please contact: powers@media.mit.edu. 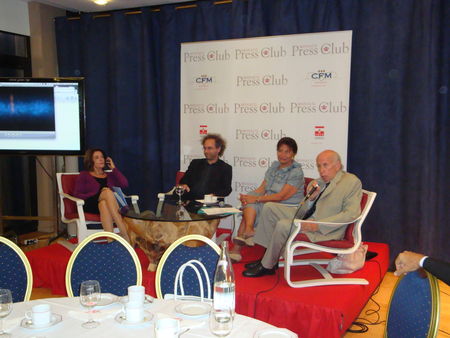 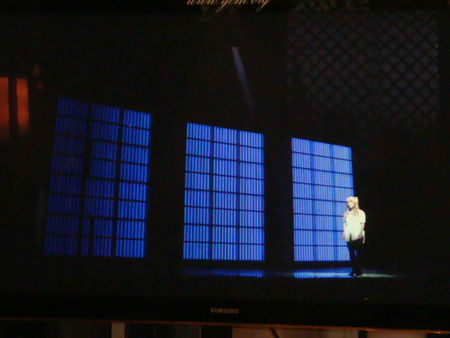