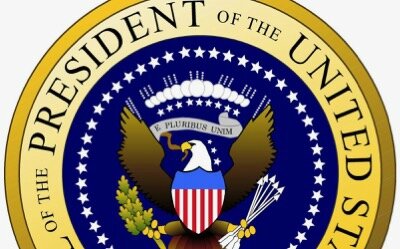 As President, my highest priority is to ensure the safety and security of the American people. In order to advise and assist me in executing this solemn responsibility, as well as to protect and advance the national interests of the United States at home and abroad, I hereby direct that my system for national security policy development and decision-making shall be organized as follows:

The National Security Act of 1947, as amended, established the National Security Council (NSC) to advise the President with respect to the integration of domestic, foreign, and military policies relating to the national security. There is also a Homeland Security Council (HSC) — established through Executive Order 13228 of October 8, 2001, and subsequently codified in the Homeland Security Act of 2002 — that has the purpose of advising the President on matters pertaining to homeland security. Each Council is also responsible for the effective coordination of the security-related activities and functions of the executive departments and agencies.

The security threats facing the United States in the 21st century transcend international boundaries. Accordingly, the United States Government’s decision-making structures and processes to address these challenges must remain equally adaptive and transformative. Both Councils are statutory bodies that the President will continue to chair. Invitations to participate in specific Council meetings shall be extended to those heads of executive departments and agencies, and other senior officials, who are needed to address the issue or issues under consideration. When the President is absent from a meeting of either Council, the Vice President may preside at the President’s direction.

In addition to the NSC and HSC, there is also a single NSC staff within the Executive Office of the President that serves both the NSC and HSC. The staff is composed of regional, issue-focused, and functional directorates and headed by a single civilian Executive Secretary, pursuant to 50 U.S.C. 3021, who is also the Chief of Staff. All policy and staff activity decisions will be transmitted to the Executive Secretary for appropriate distribution and awareness. The purpose of the NSC staff is to advise me, the National Security Advisor, the Homeland Security Advisor, the NSC members, the HSC members, and others in the White House; to facilitate the implementation of Administration policy; and to help coordinate the national-security-related activities of the executive departments and agencies.

The Principals Committee (PC) shall continue to serve as the Cabinet-level senior interagency forum for considering policy issues that affect the national security interests of the United States. The PC shall be convened and chaired by the National Security Advisor or the Homeland Security Advisor, as appropriate, in consultation with the appropriate attendees of the PC. The Chair shall determine the agenda in consultation with the appropriate committee members, and the Executive Secretary shall ensure that necessary papers are prepared and that conclusions and decisions are communicated in a timely manner. Invitations to participate in or attend a specific PC shall be extended at the discretion of the National Security Advisor and the Homeland Security Advisor, and may include those Cabinet-level heads of executive departments and agencies, and other senior officials, who are needed to address the issue under consideration.

When international economic issues are on the agenda of the PC, the Committee’s regular attendees will include the Secretary of Commerce, the United States Trade Representative, and the Assistant to the President for Economic Policy (who shall serve as Chair for agenda items that principally pertain to international economics).\

The Deputies Committee (DC) shall continue to serve as the senior sub-Cabinet interagency forum for consideration of, and where appropriate, decision-making on, policy issues that affect the national security interests of the United States. The DC shall be convened and chaired by the Deputy National Security Advisor or the Deputy Assistant to the President and Deputy Homeland Security Advisor (Deputy Homeland Security Advisor), as appropriate. The Chair shall determine the agenda in consultation with the regular DC members, and the Executive Secretary shall ensure that necessary papers are prepared and that conclusions and decisions are communicated in a timely manner. Invitations to participate in or attend a specific DC meeting shall be extended by the Chair to those at the Deputy or Under Secretary level of executive departments and agencies, and to other senior officials, who are needed to address the issue under consideration.

The DC shall review and monitor the work of the interagency national security process, including the interagency groups established pursuant to section D below. The DC shall help to ensure that issues brought before the NSC, HSC, and PC have been properly analyzed and prepared for decision. The DC shall also focus significant attention on monitoring the implementation of policies and decisions and shall conduct periodic reviews of the Administration’s major national security and foreign policy initiatives. The DC is responsible for establishing Policy Coordination Committees (PCCs) and for providing objectives and clear guidance.

Regional and issue-related PCCs shall be established at the direction of the DC. Members of the NSC staff (or National Economic Council staff, as appropriate) will chair the PCCs; the DC, at its discretion, may add co-chairs to any PCC. The PCCs shall review and coordinate the implementation of Presidential decisions in their respective policy areas. The Chair of each PCC, in consultation with the Executive Secretary, shall invite representatives of other executive departments and agencies to attend meetings of the PCC where appropriate. The Chair of each PCC, with the agreement of the Executive Secretary, may establish subordinate working groups to assist that PCC in the performance of its duties.

An early meeting of the DC will be devoted to establishing the PCCs, determining their memberships, and providing them with mandates and strict guidance. Until the DC has established otherwise, the existing system of Interagency Policy Committees shall continue.

The President and the Vice President may attend any and all meetings of any entity established by or under this memorandum.

The Secretary of Defense is hereby authorized and directed to publish this memorandum in the Federal Register. 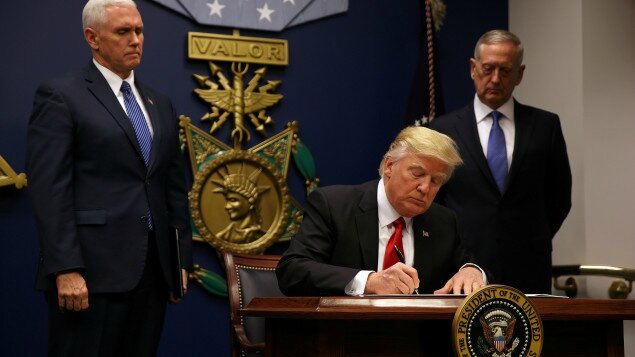 An honor having the National Sheriffs' Assoc. join me at the@WhiteHouse. Incredible men & women who protect & serve 24/7/365. THANK YOU!!